More Seabass Limits on the Red Herring by Dave Spendiff

If you want to go offshore to fish for black seabass, there is probably no better boat to be aboard than Bill Figley’s “Red Herring”. Bill, his son, Nate, Ron Roshelli and myself headed out at 6:00 in the morning for a day of wreck fishing. We headed south and had lines in the water by 7:30 and it was game on! Everyone was hooked up on the first drop and there were very few periods when the action slowed and when it did, Bill would yell, ”Move, let’s move” and with the push of a button, the 36 volt trolling motor would jog us to a new spot on the wreck. By 11:00 we had 33 black seabass and two ling in the box. We decided to hit one more wreck 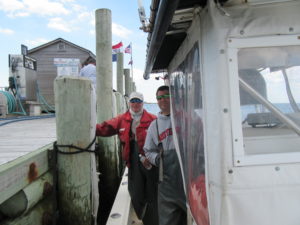 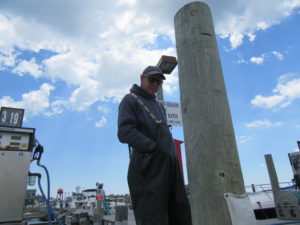 on the way home where we quickly limited out. After refueling, we were back at the dock at 1:15. Great day, great fishing and good company – what more could you ask for?