On Tuesday morning 5/28, my son-in-law Eric and I met Capt. Greg at 5:30 in Barnegat Light. Because of potential bad weather, we opted to fish in the inlet near the end of the north jetty for stripers and blues. The action was quick and we each got smaller stripers and several blues including one gator.
Since the storm was coming from Philly and still way off, we thought we had time for some trolling. We traveled north and tried but the storm was coming quicker than expected. We took in the lines and made it to the dock just as the rain came. Despite the ran, 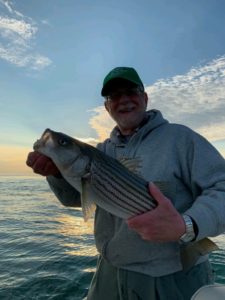 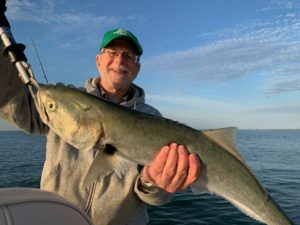 it was a fun day.